Watching, Listening, Praying and Waiting Upon the Lord 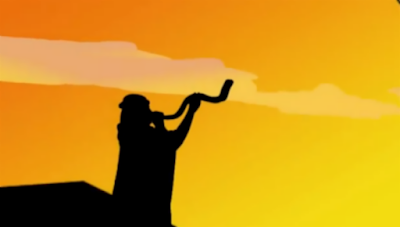 Jason Pillow, stands as a watchman for the Lord and is passionate about
alerting people to the obvious dangers America is facing with the continuous changing of its laws, which he discerns as no coincidence in lining up (in a timely fashion) with the Jade Helm 15 exercises, as well as the Greece's downward plunge into bankruptcy, which would kick-start a global economic disaster. 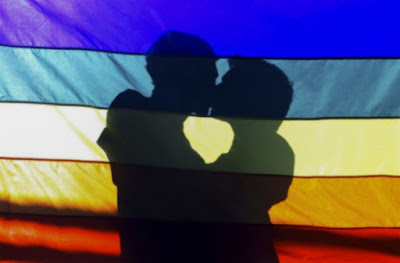 Lets take a moment and look at the big picture. Gay marriage has been forcibly legalized in the US. Ok. If you're Christian, then yes, that's an issue; however, it’s not a big one and here's why.

Jesus said this was going happen before He returns. Remember? Christ
said that it shall be like it was in the days of Noah, in the days of the coming of the
Son of man.

Now that we have that out of the way, let’s look at the bigger picture and how
this event really comes into play. You have two wars on your doorstep and you didn't even bother to look.

[These are] the war and persecution of Christianity and the war against your gun rights.

SC (South Carolina) church massacre done by a programmed shooter being used to force more gun laws and take away your 2nd amendment rights, not to mention the massive rebel flag distraction to pass the TPP - then the federally forced gay marriage rights that violate the constitution and takes the decision away from the states and the people.

That federal decision doesn't end there either. They are already threatening to take away any churches tax exempt status if the refuse to marry a gay couple. Sounds like a violation of freedom of religion to me. But don't let me ruin your mood.

So why is virtually no one asking how approximately 3% of our population has seemingly succeeded in changing the moral and legal landscape for 97 % of the population?

How did this change happen? It nearly mirrors the rise of Barack Hussein Obama from a virtual unknown to the putative President or tyrannical dictator if you prefer. 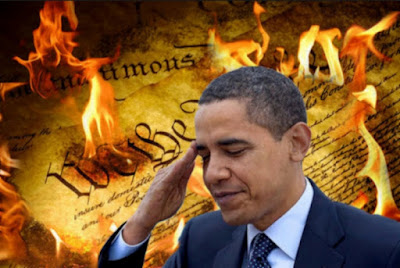 The answers exist in history.

● The promotion of the fraudulent research of Alfred Kinsey
● The highly organized and well-funded efforts of Marxist Harry Hays, founder of the Mattachine Society in 1950
● The effective use of Hollywood and Madison Avenue, to the refinement of the homosexual agenda by homosexual activists Marshall Kirk and Hunter Madsen in the 1980’s – when they made public their very specific tactics in their book, After the Ball: How America Will Conquer Its Fear and Hatred of Gays in the ’90s, were all cogs in the larger mechanism designed to destroy the morality of America.

When you read the dissenting opinions of Justices Thomas and Scalia in last Friday’s SCOTUS decision, you will see some very chilling statements, including these from Justice Clarence Thomas:

“The Court’s decision today is at odds not only with the Constitution, but with the principles upon which our Nation was built. Since well before 1787, liberty has been understood as freedom from government action, not entitlement to government benefits.”

“Aside from undermining the political processes that protect our liberty, the majority’s decision threatens the religious liberty our Nation has long sought to protect.  Our Constitution—like the Declaration of Independence before it—was predicated on a simple truth: One’s liberty, not to mention one’s dignity, was something to be shielded from—not provided by—the State.

Today’s decision casts that truth aside. In its haste to reach a desired result, the majority misapplies a clause focused on “due process” to afford substantive rights, disregards the most plausible understanding of the “liberty” protected by that clause, and distorts the principles on which this Nation was founded. Its decision will have inestimable consequences for our Constitution and our society.”

Our republic has just died that much more and rather than mourn you cheer its death with thundering applause.

And all of this is happening just in time for the kick off of JADE HELM 15.
WELCOME TO THE END GAME. HOPE YOU'RE READY. 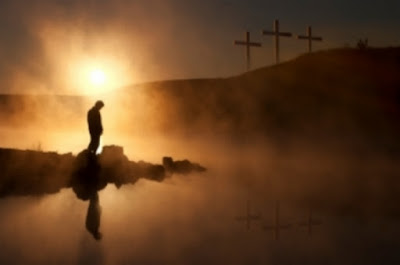 I (Bonita) believe that all things should be taken to the Lord.  On March 24, 2015, the US military did post a press release about the exercises that will be taking place. Below is an excerpt from their post.

While multi-state training exercises such as these are not unique to the military, the size and scope of Jade Helm sets this one apart. To stay ahead of the environmental challenges faced overseas, Jade Helm will take place across seven states. However, Army Special Operations Forces (ARSOF) will only train in five states: Texas, Arizona, New Mexico, Utah and Colorado. The diverse terrain in these states replicates areas Special Operations Soldiers regularly find themselves operating in overseas.

The training exercise will be conducted on private and public land with the permission of the private landowners, and from state and local authorities.  In essence, all exercise activity will be taking place on pre-coordinated public and private lands.

The public can expect nothing much different from their day-to-day activities since much of exercise will be conducted in remote areas.  The most noticeable effect the exercise may have on the local communities is an increase in vehicle and military air traffic and its associated noise. There will also be economic gain: an increase in the local economy, in fuel and food purchases and hotel lodging.

Further reading can be found here 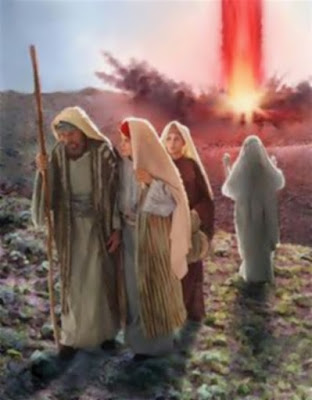 And as it was in the days of Noe, so shall it be also in the days of the Son of man.
They did eat, they drank, they married wives, they were given in marriage, until the day that Noe entered into the ark, and the flood came, and destroyed them all.

Likewise also as it was in the days of Lot; they did eat, they drank, they bought, they sold, they planted, they builded; But the same day that Lot went out of Sodom it rained fire and brimstone from heaven, and destroyed them all.
Even thus shall it be in the day when the Son of man is revealed. [Lk 17:26-30]

Prophecies are being fulfilled at an exponential rate right before our very eyes. We do well to listen to the warnings of God's people whilst warnings are still being sounded. I have oft said that the people in Noah's day had decades of warnings also.  They wearied of it all and they mocked Noah, likely because his "prophecy" had not yet come true.

Seven days, yes one week, the Lord left the door to the ark Noah built open, for those who would care to enter in.  Noah and his family, eight in total, waited inside the ark. At the end of that week, the LORD Himself shut the door, not Noah.  It is likely that Noah's instinct and heart would have been to reopen the door once the rain began falling and the cries of the people he had lived amongst thundered in his ears.  All outside of the ark perished.

Now IS the time that we must get our lives in order and do all that the Lord asks of us.  We have to wait on the Lord and even ask Him for confirmation on what we believe He is saying to us individually.  We have a very real adversary who is quite adept at imitating the voice of the Lord. We also must contend with our flesh...may the Lord help us all not to be deceived in these last days.

For false Christs and false prophets shall rise, and shall shew signs and wonders, to seduce, if it were possible, even the elect. [Mk 13:22]

The operative (key) word in the above scripture is "IF". If we do not seek God's direction in all things; if we do not ask Him to confirm a thing (He will not mind for it is obedience to His word if we try every spirit to see if it is of God); if we "obey" all of His instructions/commandments to us, both personally and in His Word.

Beloved, believe not every spirit, but try the spirits whether they are of God: because many false prophets are gone out into the world. (1Jn 4:1 - read the chapter to keep it in context).

The Lord does not want us walking in fear, as fear opposes faith (direct opposites).  However, He promised that He would not do anything without revealing it to His prophets (His people).  If we shut our ears to the warnings, our blood is upon our own heads. If we listen, we must pray about it. We must take everything to the Lord. He will help us. If He does not reply immediately, be patient and not presumptuous. He will speak, for great is His love for us.

He will not justify sin, nor does walking in love mean that we accept everyone and everything. The number of people (disciples of Christ) who parrot: "Love the sinner, hate the sin" is astounding and since the Supreme Court decision (and even before), this saying keeps echoing in my ears from different directions.

Loosely translated, Augustine's words were: [...] with love of mankind and hatred for sins.

The article covered it all in-depth, so I will not repeat it here, but suffice it to say that it is this misquote that people accept as biblical that leads many to justify sin (including their own), or to make excuses for others.  The Lord makes His hatred for sin very clear, both in the Old Testament and in the New. It is the very reason Christ Jesus came into this world and willingly offered up His precious life as atonement for mankind's sins.

So, please consider listening in to the tonight's program and hear the warnings of the watchman - then, take it before the Lord. Every person that is pressing in to the Lord in this dark hour is hearing late this year (fall), something foreboding awaits.

What exactly? None of us know - not yet. Speculations are rampant, and conjecture is strong, but we, as the Body of Christ, are piecing it together, as the LORD reveals, through His Word; through His people and by His Holy Spirit speaking to us individually. He does not keep us unaware; He is not the author of confusion. We continue to listen; we continue to pray; we continue to wait upon the Lord.

Keep strong in the Lord and in the power of His might. He is ever Faithful and True. 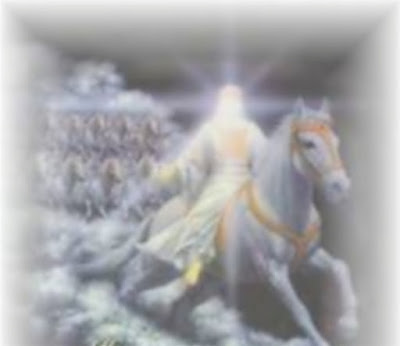 And I saw heaven opened, and behold a white horse; and He that sat upon him was called Faithful and True, and in righteousness He does judge and make war.

His eyes were as a flame of fire, and on His head were many crowns; and He had a name written, that no man knew, but He Himself. And He was clothed with a vesture dipped in blood: and His name is called The Word of God. [Rev 19:11-13]